YOU READ THAT BANNER RIGHT! THE MAKO STANDS ALONE. When we were developing the Mako, we were shocked to find that despite USC FCCCHR Manual 10 being out since 2009, no test gauge had been approved. We also found out that this was something that most people in the industry didn't know either. Every gauge that was referred to as being "on the list" was added to a list before Manual 10. A gauge on the Manual 10 list must meet the tests and standards described in the manual. Manual 10 is the first manual from FCCCHR to include specifications for field test kits and the list of Manual 10 approved gauges supersedes all prior lists. Until recently that list was empty. Through the two and a half years of development of the Mako, we learned how to make a gauge that could meet the high standards set out in Manual 10 as well as the needs of testers, purveyors and the industry. 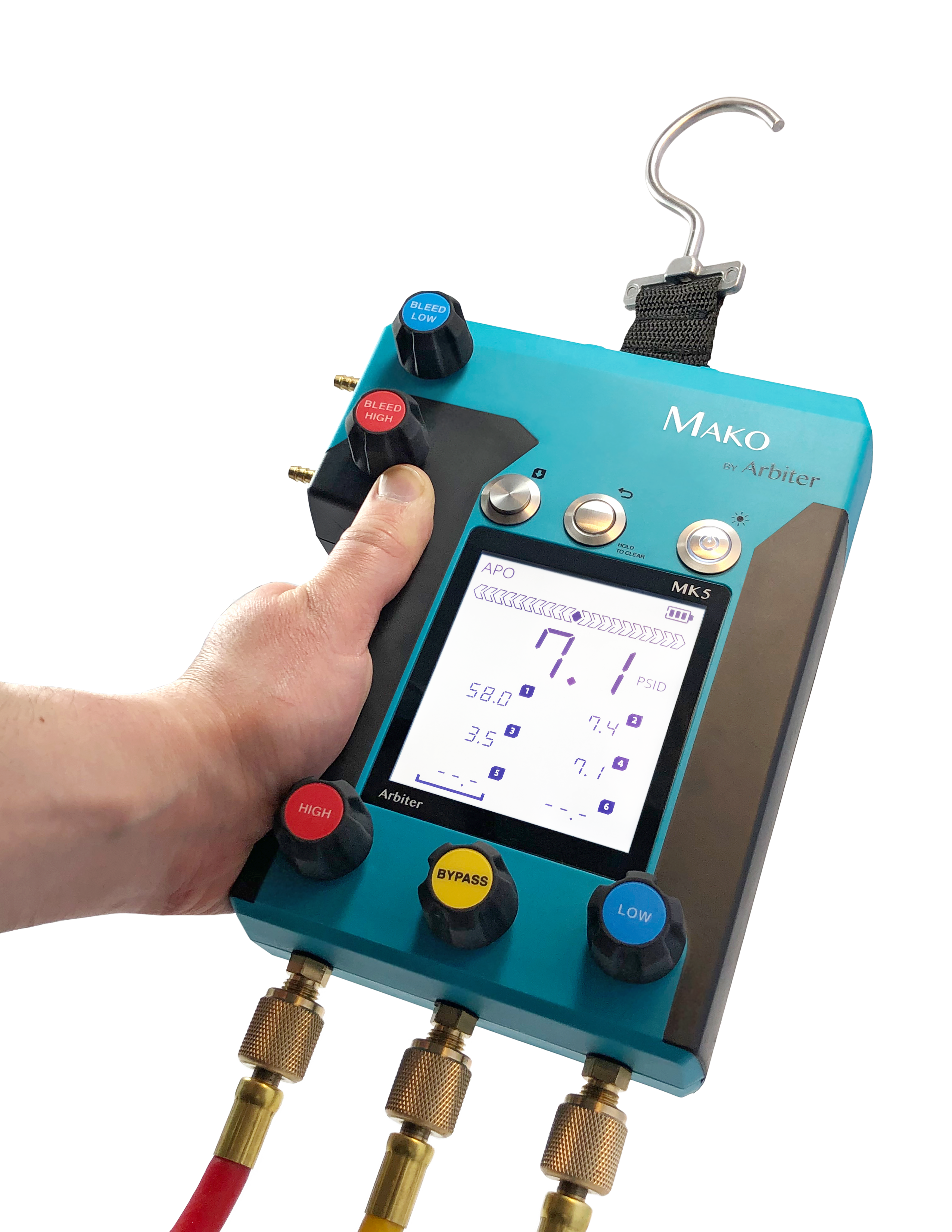